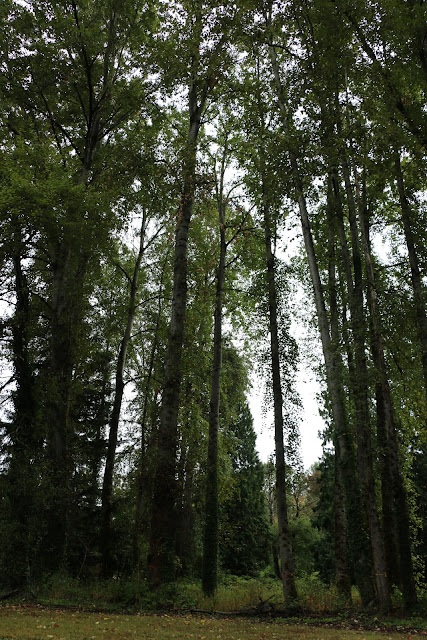 Seattle was a sweet 20 hour magical forest stop over. It was short, but every moment seemed so precious and perfect to me. For me, 35 hours on a train proved to induce a pretty intense vertigo, whose affects lasted until this morning, when I woke up feeling still a little dizzy.  But I was able to sleep as late as I wanted and it was heaven. Peeling my very sleepy eyes after a wonderful night of rest, I was greeted by a cool and damp Seattle morning and two cats: Pluto and Singtoh. I could smell the fresh rain and hear it dripping from the roof. When I finally decided to get out of bed, Lila was already awake and we made coffee and tea. I actually shocked myself because I had no desire to have any coffee in Seattle. Seattle, Washington!! My morning tea ritual has become so routine that I was excited that it could be available so easily to me this morning. It is only tea and sounds so simple. But the simple fact that I had quick access to hot water washed me with such a profound sense of gratitude. So when I saw that Lila had almond milk, I immediately felt spoiled. I initially had the idea that I shouldn’t even ask if I can have a little, because it sounded like such a luxury. 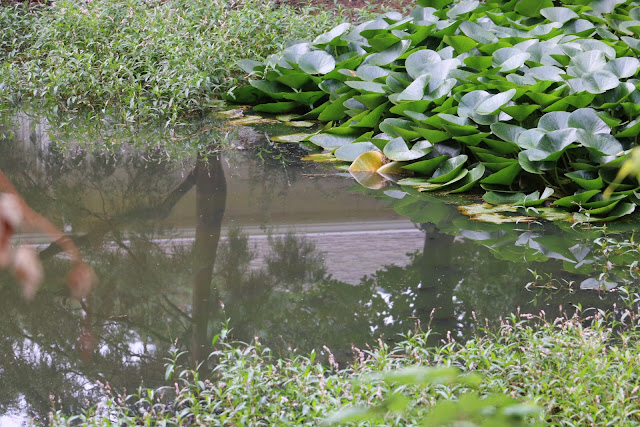 Rob, my host, dropped me off at the station, following our perfect Seattle lunch at Elliot's. The bread was fresh, the mussels were on point...It was overall, one of my most favorite meals. At King Street Station I realized I had some time to kill so I started walking, thinking I could maybe find some hot tea. But when I turned off of King Street, I ran into CenturyLink Field. So I shot a few pictures there for the Seahawks fans in my life. With 50 pounds strapped to my back, I climbed the stairs and took in the odd view of the city, eventually making my way back to the station.

We were still in King Street Station when we began to get in line to board the Empire Builder train from Seattle to Chicago, when I over heard a young woman explaining to a passenger why she is stopping off in Minot, North Dakota. She was going because “there are big protests”. I knew immediately that she was speaking about the Native Americans vs. the pipeline, which is interesting because I know about it and I don’t keep up with any mainstream media. But that is just the thing: mainstream media blocks out all of the truly important information in return for their agenda-driven hogwash.  It is times like these that I am really thankful for social media. This cause is speaking to my heart for so many reasons. So after we boarded the train, I noticed that the woman who is headed to the protests is sitting in my car, on the opposite side, one row back. I knew I needed to speak with her. Will you tell me more of what is going on in North Dakota? How long are they going to be there? Where are you getting off? When are you leaving? Through my stabbing of questions, Laura listened and gave me all the information I needed. I told her I would sleep on it. It hasn’t been an hour since I spoke to her and I have already decided that I am getting off the train in Minot. I am feeling drawn to support my brothers and sisters. I know it is the type of situation where I will feel completely at home. Plus, I can write about it and share it with the world. I can share the stories of these people, their history, the hope for their future and their experience as a human being. I want to know what this means to everyone, and although I have not asked the question point blank: “What does it mean to you, being human?” but I think I can tell that that is the basis of my thought process when I look into the eyes of another and ask them to show me the way.
I have protested in the past and even stayed with an organization in Montana for a week. Buffalo Field Campaign in West Yellowstone, Montana was working (and may still be working) to save the last wild herd of buffalo. The last wild herd on the planet! Wild, meaning they can free roam, wherever they want, like birds in the sky. They have an extremely long history of migration patterns and by most standards (or all standards, in my mind) they have a protected right to roam where they choose. What the cattle ranchers in Montana want you to think is that the buffalo are transmitting the disease brucellosis to their cattle. So since the cattle ranchers are basically government in Montana, the actual government pays the ranchers to keep capture facilities on their property. I think at one point, it was not a small amount of money either. On pre-planned occasions the department of livestock (DOL) drove the buffalo in herds into these capture facilities, where they were then taken away and slaughtered. I need to confirm this, but I think the meat was then sold to industry for the consumer market. In the end, it had little to do with the disease, and a more to do with how fat the pockets of the cattle ranchers are.

This makes me question true motive in the pipeline dispute, other than the obvious dollar signs. Is there something deeper? Do they know the affects of fraking? Do “they” know about the New Madrid and other seismic zones that mark the some of the most seismically active part of the United States? Is THAT the plan? I have always had my conspiracy theories, but I really question why they think it would be intelligent to drill near some of the most seismic land in the country. And who is spending the $4.6 Billion for it? Doesn’t it seem counterintuitive to spend a boatload of money on something that you hope to make money with? Especially when the risk seems really high. I don’t know much about drilling or faultlines, but I am just going to make my most intellectual guess and say that the two don’t mix.

I still have 22 hours until Minot, so I have yet to get the first hand fact and opinion on all of this and I think the most important story will be of the natives whose families have lived on that land for countless centuries. The land that they have fought for and have watch get taken out of their hands, acre by acre. I am humble, thrilled and grateful to be able travel to the site of the largest Native American protest in history.  I am humbled by the fact that I am going to go stand by my brothers and sisters right now, because I can. I will stand because my plans to get a tattoo aren’t as important as spontaneous plans to do something that feels so natural, simply supporting other human beings. As grateful as I have been for my prospective plans with the beautiful Lori Rose, I need to go North Dakota, they need me there and I need to tell their story.  Sure, we all want this also but right now the need seems so much greater than the want. My spirit is calling me there, whatever the experience.

The fact that the battery has died on my SLR and I cannot find the charger that I thought I had, thus I will only be able to shoot with my iPhone, is not holding me back. The thought of possibly not getting a shower until Sunday is not holding me back. My spirit, my brothers, my sisters all call me forward and that pull is the strongest. I am inspired to share the vast amount of love I have in my heart at a time in which I think that kind of support is so valuable. I will shoot with my iPhone and write the story here, which will be marked in history.